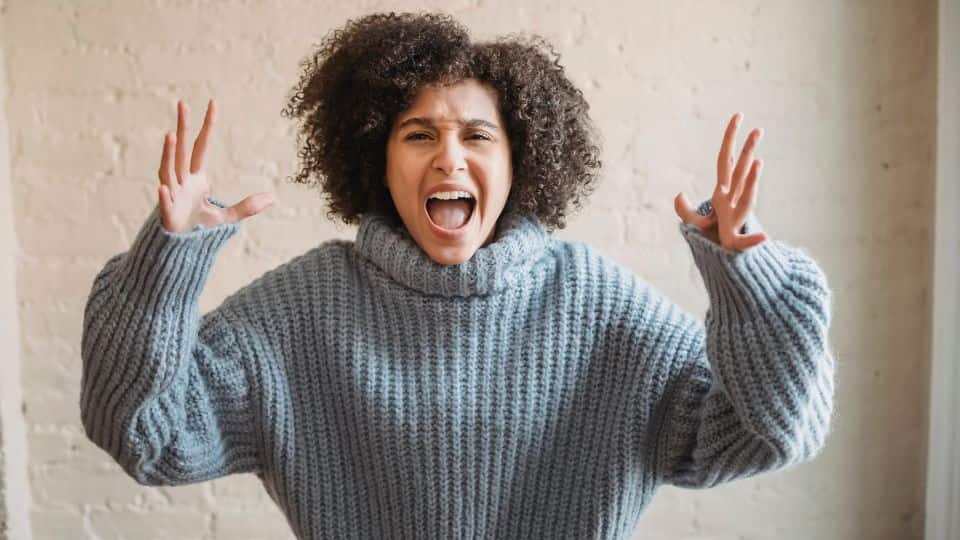 We’ve all either read or heard the latest statistics about the number of men to women or the census reports that 50% of marriages end in divorce. But here are a few statistics I’m sure you’d be interested to know:

There’s a shortage of available men

Look out your window; there is no shortage of men. Go into any barber shop, home improvement or hardware store, or automotive shop, and you see goo-gobs of men. Sports bars are packed, especially during the playoffs or other major sporting events. Men are everywhere! Tall ones, short ones, dark ones, light ones. This is the truth.

God expects your faith, but not your works

This second lie brings to my mind the mantras of countless single women that makes me cringe every time I hear them say it. “A woman’s heart should be so hidden in God that a man has to seek Him just to find her,” they say, quoting Maya Angelou. This is quite a popular post on Facebook. And the resounding responses they get are:” Yes, cause the Bible says ‘he that findeth a wife, findeth a good thing.'” “Yeah, girl, that’s why I am not chasing any man.” Here’s what bothers me. Many of these women either don’t date, won’t leave their homes to mix with men, or their body language sends the message: DON’T COME NEAR ME!

I challenged a girlfriend of mine just the other day. She said, “well, I’m just gonna let God send me the right man.” My response was, how is he going to find you if you never come out? If you never go to places where men are? If you always hang around female-type venues, you will attract more females into your life. Is that what you want?

Now, I’m not one to say go to a basketball game if you don’t like basketball, but there are other venues that men go to that women attend. Men like jazz and live music. Men like wine tastings. Men like home improvement stores. Men buy groceries. Men go out to eat. Men go to gyms. Men walk their dogs. I think you get where I’m going with this. Get out of the house. Go to coed events. Dang, go online. You don’t have to chase a man, but at least let him know you exist. Let him notice you are enjoying yourself. I hear that it is very attractive. And, please, when he walks up to you, be open and friendly. I went on www.meetup.com and started going to groups that interested me. I went online and posted my profile on a couple of dating sites. That’s how I met my boyfriend of a year and some change. That was the best decision I could have made!

You must date one man at a time

For some reason, most women I talk with are turned off by a man who is dating other women whilst dating them. Some poor fellas have almost been held at verbal gunpoint for it. How unfair is that? Before stoning him, I have learned you must find out if he is seriously dating anyone. It isn’t exclusive until it’s exclusive. Personally, I think a man should earn his way into exclusivity with me. So what if he’s dating another woman? My conclusion was she wasn’t me. And she will never, ever, ever be me. You have to believe that what you’re working with is unique and worthy. Let him leave or exit yourself if he doesn’t figure that out. That was so freeing. Equally freeing was dating multiple men kept me from feeling desperate or despairing if things didn’t work out.

Some great advice I heard and followed was to treat dating like a job interview. Here though, you have a dual role. Not only are you being interviewed, but you are the interviewer. This is important. You get to decide if a man is right for you. So I learned to be a savvy interviewer. I got the top questions that I asked him, not forcefully but at intermittent times during the date. Good interviewers know how to be genuine, approachable, and affirming regardless of whether they plan on hiring the candidate or not. Having said that, like an interviewer, you aren’t going to hire just anybody; you have to feel confident you have found the right man for the job before dismissing equally viable candidates. Steve Harvey had a healthy perspective on this. In his book and movie inspired by the book, Act Like A Lady, Think Like A Man, he adds, “[even once hired] you aren’t eligible for benefits for at least 90 days in.” This is so they can see if you are really serious. Why should we treat dating any differently?

If a man wants exclusivity, he will say the words. Until then, it’s your God-given right to date, date, and date some more. Be honest. Tell him you are dating other men. This won’t bother him if he is confident in what he has to offer. He’ll stay the course until he’s persuaded you that he’s worthy of you. In fact, this will probably motivate him to work for you. He’ll know he can’t use the same lame lines and the same lame game with you. You are special. This is what I learned.

His approval is your responsibility

We women are quite competitive. Not in the same way men are, but we are just the same. We often compare ourselves with other women. Are we as pretty as she is? Do we look as nice? Trust me when I tell you that when another woman enters the room, we’re sizing ourselves up against her.

If we feel good about ourselves, we aren’t swayed; but if we don’t, it will show up in how we hate on her or herself compared to her. That may be why we are hypersensitive about what our man thinks of us. Does he approve of us? Does that mean we’re not good enough if he complains about something? I’m not gon lie; at 52 years old, I sometimes feel insecure about my attractiveness. It has absolutely nothing to do with how my man treats me. His eyes sparkle whether I wear a cocktail dress and heels or a T-shirt and jeans. It goes back to my internal dialogue. Am I enough? Am I enough that he’ll still be glad he’s with me if I do something he doesn’t like, we get into an argument, I don’t cook like his mom or any of those other major things? If I get a little chubby around the mid-section if I go natural when things get more routine between us, will he be perfectly happy, or will he dream of someone else?

Making someone else’s approval of your goal will burn you out. The solution is to be your best self. This is where I go when I feel that nasty inkling of insecurity. I have to work on and rely on what I have inside. Pretty is a dime a dozen, but beauty comes from within. The more I focus on that and demonstrate the substance and grace of who I am, the more beautiful I feel and the luckier he feels to have me.

Your future will be the same as your past

The future is up to you. I learned that. After 32 years of false starts, underwhelming dating experiences, two failed marriages, and re-entering the dating world later in life, I know this. The future will mirror your past if you keep the same. I listen to my girlfriends after every dating incident that goes nowhere. They vent, despair, analyze, square their shoulders, and get back out there. Their determination is admirable. Their efforts valiant. They are very hopeful.

All of us were hopeful. Hopefulness is important but must be directed at the right person. I know you think I’m going to say that the right person is the right man to the contrary. Your hopefulness has to be directed towards you. I’ve heard, and I’m sure you’ve heard this too, “If you do what you’ve always done, you’ll get what you’ve always got.” Ergo the definition of insanity: is “Doing the same thing and expecting a different result.” We must acknowledge that the game is what it is to have a bright future. We can’t change that. But we can change how we play it. A man is who he is. We can’t change that. But we can be our best selves and educate ourselves. Therein lies our hope.

Please get up from reading this article with the idea that you will play the game like a man. I don’t mean that your actions mirror a man or you adopt a masculine demeanor. That didn’t work for me. I learned that my femininity is a gift. I just had to learn to wield it. I educated myself about men by reading books written by men, talking to respected males in my life, and by trial-and-error in dating various men. This is important because many women didn’t have fathers who taught them. By learning about men, I also learned the value of my femininity. This is where I found hope. I learned to honor myself – my truest self. Not the insecure me. Not the competitive me. Not the whiny, what’s-wrong-with-me me. But the me that I am when I feel the most alive, the most joyful, the most in tune.

Do you know who that person is? If you don’t, then I have some hope to give you. If you do the work to find out who you are, attracting the right man will take care of itself. By doing the work on yourself, you get to the root of all the “effects”. You deal with the wounding behind the passivity. You deal with the unresolved grief behind the frustration. You put some past relationships to bed once and for all. Like the butterfly hidden inside the caterpillar, you emerge with a newfound sense of truth and authentic power. Your dating life changes when you date, standing in your true feminine power. You don’t sweat the small stuff. You aren’t hypersensitive about things. You don’t attract unavailability because you have become available. You view men with a new appreciation and openness.

To help me, I decided to seek the help of a relationship coach—one of the best things I’d ever done. I discovered blind spots I didn’t know I had and replaced them with clarity and confidence. Instead of being primed and pumped for conflict, I learned to welcome a man’s experience without criticizing him. I let some men go, yes, but it wasn’t angry or irritable. It was gracious. It was me. In short, I became the change I wanted to see.

To sum it all up, I am a witness that you are not limited by anything or anybody. Even if there were only two available men in this world of umpteen thousand women, your odds of beating out your competition are exponential if you are open and willing. Willing to tell yourself the truth. Willing to get out of the house and go where men are. Willing to date multiple men until it’s exclusive (and you have just as much say as he does). Willing to focus inwardly rather than outwardly for approval. Willing to create a brighter future by becoming the change you want to see reflected in the men you date. It might seem like a lot, but trust me when I tell you this. The right man is worth every single lie you have to dispel and every single solution you replace it with.