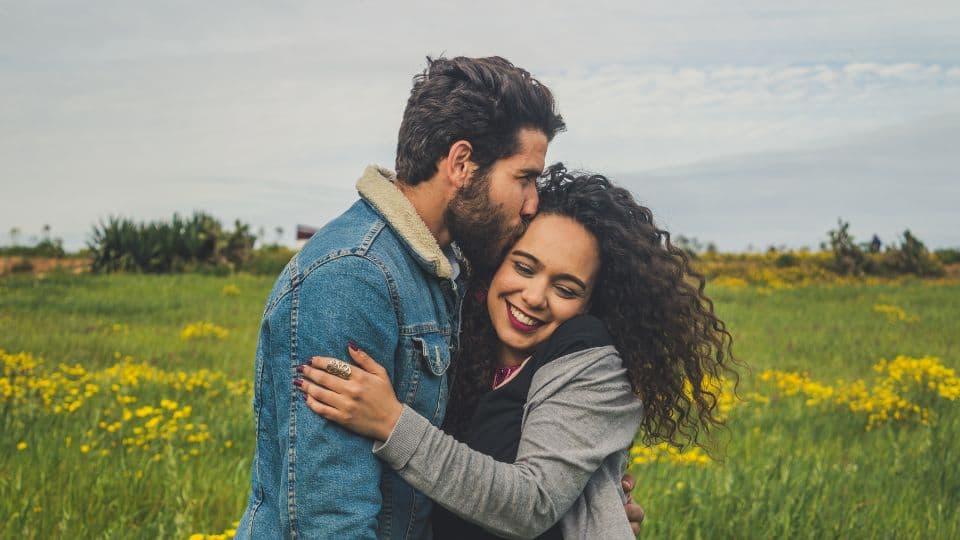 You’re in love with him and want him to be obsessed with you.

Displaying your unique personality and the radiance it produces through your fashion sense, smile, and self-assurance will entice him. This is your killer weapon. Your killer weapon is your ability to seduce him by showing who you are. He will swoon at your feet at the mere notion of you.

It’s not necessary to dress sexy if you don’t want to! Don’t become Marilyn Monroe in order to win him over… If you’re more comfortable with wearing jeans and sneakers, then do it.

Here are my best tips on how to make a guy want you.

A man must be hooked in order for feelings to develop, and for this to happen, you must open the door to your intimacy. Physical intimacy is not what I am referring to here; rather, intimacy is about establishing a strong connection with your partner. It is about revealing your inner and personal self to him.

It’s all about being authentic. You must disclose yourself with your heart and guts to touch a man’s heart. Men experience as many emotions as women do, but they’ve learned to express them less and to listen to them less since childhood.

Open up to him about your passions, what drives you, what angers you, what motivates you, and so on. Reveal your soul to him, what makes you alive. In this way, he’ll start to see how unique you are. This is how you will stand out from other women who maintain control and do not reveal their true selves.

Discussing a serious relationship or future with this man is pointless unless he is in love. I suggest you stay in the present moment, engaging him in something simple to get him hooked initially, and then convince him to commit to you. This should be done naturally and should not be forced.

Don’t have any expectations about your relationship during the first few weeks because nothing should be taken for granted in the beginning. I know you get butterflies in your stomach just imagining his smile. But remember that you don’t really know him at this stage, and vice versa.

So enjoy the moments with gratitude, without thinking about the future, even if it is difficult. If you begin to worry about losing him and express your anxiety right away, you may no longer be yourself; you may change your behaviour to please him. As a result, he may feel uneasy about your relationship with him.

3 – Show him that you are not taken for granted

The best way to get a man hooked is to show him that you’re not a given. Not in the unapproachable, distant way that deigns to answer his messages days later. It’s all about balance.

Have you ever realised that a man was suddenly less valuable to you because he had just told you that he couldn’t wait to see you again? Yes: human beings bring value to things they don’t have.

So, without making him insecure by letting him know that he will never have you, keep an ounce of mystery in the sense that you let him know that you are not addicted, but at the same time, you could very well leave.

Who said that men prefer women who are a pain in the ass? What is certain is that men like their partners to be strong-willed, to share their thoughts and ideas, and to support them.

It’s OK if you’re not an extrovert or a bigmouth here.. All you have to do is express your thoughts, whether you agree or disagree with them, without being fake.

There are too many women who do not dare to express themselves out of fear of disrupting because they believe that they must always take a back seat to others and that others are more important than they are.

Well, you are as important as any other person. You have the right, and even the duty, to say what is important to you and to assert your needs. For example, if your partner offers you to sleep over when it’s three times in a row, and you’d like to be home for a while, just say so. He will appreciate you sharing your feelings more than if you say nothing and build up frustration.

Men like women who have a bit of character in that they are assertive and are not ashamed of their opinion or ideas.

5 – Make yourself a priority

Strangely enough, when you are in love, you tend to do much for the person. We think about him continuously; we would like to share everything with him.

But this man should not feel like a priority for you. At least not until the feelings are not installed on his side. A man is more likely to keep a balance in life when he meets a woman (his friends remain important, his family, his work, etc.). In contrast, some women find it hard to pay attention to anything other than their loved ones when they are in love. Again this is just a trend, and it could very well be the other way around!

So this man expects you to keep a balance in your own life; it will reassure him that you are not dependent on him to be happy. He probably doesn’t want to take on that responsibility. Show him that you are an independent woman who takes care of herself first.

You don’t need to give continuously; to be generous every day to receive love in return. You just need to be yourself, and that’s more than enough.

6 – Be clear about how you feel and what you want

If your relationship is not clear and you want it to evolve (after a few weeks or months), I encourage you to be clear about how you feel and what you want.

This will allow you to have answers rather than moving forward in a blur and taking the risk of staying attached to a relationship that may not lead anywhere.

I believe you are concerned that playing on honesty will cause him to run away, but the opposite is likely because people like honesty. Those who shun honesty are those who flee from reality.

At the end of the day, few people can say things with honesty and transparency. By doing so, you will show him that you are a whole woman who knows what she wants, and who is firm with her views. In short: different from the others.

So don’t hesitate to tell him that you are attached and what you expect from a relationship today. “I feel ready today to build something with a man, and this is what I deeply want.” There is nothing wrong with wanting to excel; on the contrary, it shows great maturity, which is appreciated.

It is up to him to tell you what is on his mind, so encourage him to do so. It would help if you let him know that the ball is in his court: either he wants to be with you because he feels something for you, or he moves away because he does not or because he does not want a committed relationship.

Either way, it will be positive because you will move forward in your relationship. Sometimes you have to face the truth to get to what makes you happy.