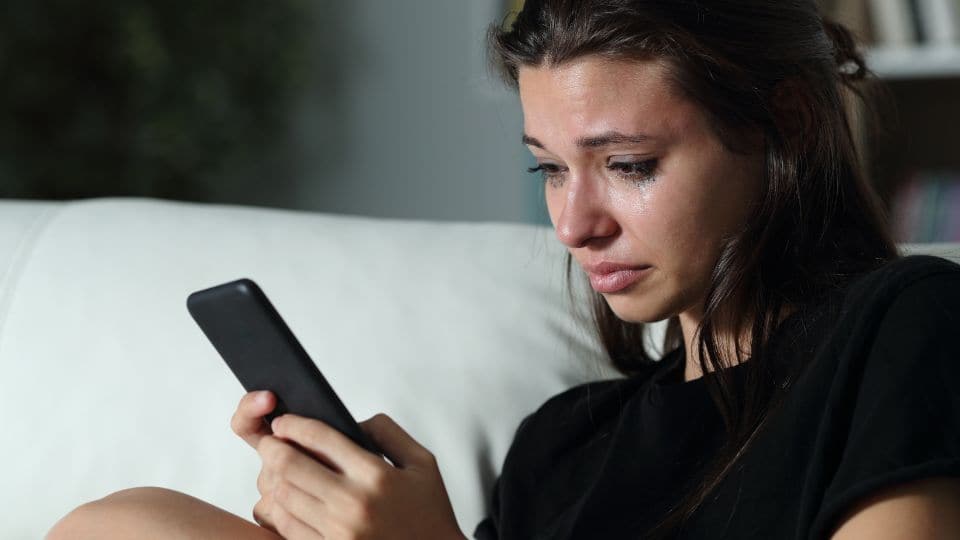 Why did my ex block me on social media? Your ex might have blocked you on social media as a way to end things with you and move on. After all, it’s easy for someone to pretend they’re over you when they can’t see your new photos or read your statuses.

They are seeking space

It’s possible that your ex blocks you because they need some space and time to heal after the breakup. Even if you broke up with them, your ex might still feel some of the same emotions that come with a breakup, like guilt or sadness. It is completely normal that some people simply don’t want to be reminded of what happened in the past relationship and may block you from seeing photos or posts that remind them of you. You may be able to help your ex heal their mental health by giving them space, even if it’s not something you want to do. If you know for sure that your ex has blocked you because they need space, then you should respect their decision. If you want to try to reconnect with your ex in the future, you should wait until they have had enough space and time to heal from the breakup.

They want to move on

It can be mentally draining for some individuals to overcome a past relationship. Your ex might have blocked you on their social media accounts because they want to move forward in their life. Seeing regular life updates from you might also hamper the healing process or upset them. Everyone employs diverse coping strategies. For example, if you check in at a restaurant and update your Facebook status, you might bring up old memories that are not wanted at this time when they are trying to put everything behind them.

They want to hurt you

An ex may behave this way regardless of how well things appear between you and the new girl or boy you are dating. They might have noticed that you’re happy or moving on, which would have made them feel jealous or angry. Instead of addressing the issue more maturely, they may have felt the urge to take control of the situation by blocking you and trying to make you upset.

If your ex has blocked you on social media, it could be because they’re still hurt by the fact that you broke up with them. It takes time to get over a breakup and come to terms with it. As a result, it’s possible your ex is still too hurt by the breakup to let you back into their lives as friends. If this is the case, you may have to wait until your ex has had more time to heal and come to terms with the breakup before you can try to rekindle your friendship again.

They may have blocked you because they are angry

Your ex may have blocked you on social media because they are still angry about the breakup. Your ex may have ended things with you, but they didn’t like how you ended things. It is completely natural that they may have felt you were insensitive or treated them poorly. They may have blocked you because they are still upset about how you ended things. Even if your ex did end things, you should still have handled it maturely. In fact, the way you ended things could have a huge impact on how your ex moves forward. If your ex is blocking you because they’re still angry, don’t try to talk to them about it. Instead, be patient and wait for them to cool down. Your ex may unblock you when they’re ready to let go of the anger.

They’re dating someone else

If your ex has blocked you and is now dating someone else, they may not have wanted to unblock you out of embarrassment. Some people are too embarrassed to unblock their exes, and they may feel that their new relationship will be tainted if their old ex can still see what they’re doing. Your ex may not have wanted you to see photos of them on a date or bragging about their new relationship. If your ex has blocked you because they’re dating someone else, you shouldn’t feel bad if they don’t unblock you in the future.

Your ex may have blocked you on social media for many reasons, and you may never know why. This doesn’t mean that you should give up, though. You can reach out to your ex and try to reconnect with them on a new platform. You may want to avoid contacting your ex via social media, as they may not want to hear from you at the time being. Instead, you could try using the old-fashioned method of reaching out to your ex via email or even in person.