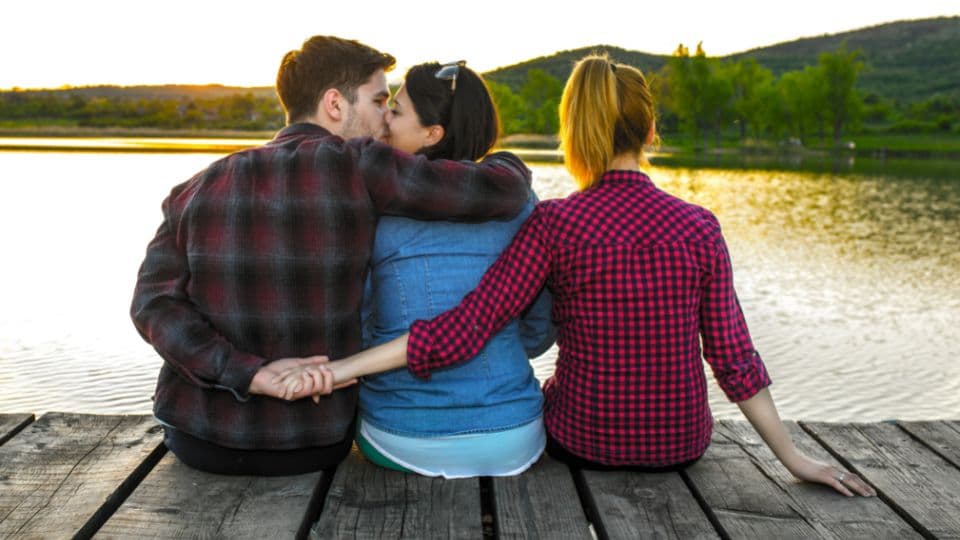 Do all men cheat?

On so many ads and subliming advertising boards in the cities and practically all over the world, you can see a guy accompanied by beautiful girls on his right and left hand. Are all these ladies his wife (or wives)? Maybe you have noticed that a good purchase (a car or a conditioner) in the ad’s video is often accompanied by chic ladies who seem to be accessories to this successful deal… The mass media industry each day demonstrates that men cheating is nothing more than a lovely game in the masculine and patriarchal society. Why do men cheat on women? Just for nothing – the media say.

Why do women need to panic? Cheating is OK these days. Anyway, this way of thinking can cause dangerous family problems, so everyone who has a family should avoid these distributed stereotypes. The experts say that men cheating results in family problems and divorces. A strong family is based on understanding and cooperation. Anyway, why do guys cheat? Approximately 40% of men seek sexual satisfaction outside their relationships, as estimated by Kat Hertlein, professor of human development at the University of Nevada – Las Vegas and a marriage and family therapist. The statistics say that number hasn’t changed much since 1950, when the famous Kinsey sex study found that 50% of U.S. men cheated at some point in their marriages.

The reasons men cheat could be different and significant. To some extent, men cheating has become a social myth multiplied by the media. All the answers to this question that are circulating in media could be defined as these: Men are not ready to have commitments; men no longer feel satisfied/stimulated in their current relationship and are too cowardly to end the relationship. Men are concerned about their financial/living situations if they end the relationship, but they do not feel fulfilled in it. Furthermore, men like various sex partners, need to feel desired, and their partner does not fulfill that need. Men are single-minded and don’t think about the consequences of their actions; guys cheat because many of them increasingly feel powerless in a society that is giving women more rights and powers in the domestic spheres; having sex with more than one woman is an ego boost for those with low self-esteem.

All these factors say that even married men cheat and lie. They are supposed to cheat sexually, psychologically, and socially.

The experts say that men crave sexual “variety” to survive psychologically. This is a key point in men cheating. We must be aware that men live in their masculine society and follow its rules. For example, when all/some man’s friends cheat or his colleagues in the office cheat, this provokes a man to start cheating also. Our surroundings and our background make us think in this or that way.

Sometimes, even ladies want their man to cheat. But this is rather possible and acceptable when that man is ‘free.’ However, this could be a big problem if the man has a family. Women flirting with men orient them to behave in a tricky, cheating way. For some ladies, it presents a new challenge and driver.

Why do men cheat on women or girlfriends?

It happens quite often because girlfriends also want to be partners in this game of cheating. To psychology experts, cheating is a play, a game based on competence and partnership. But this game could have drastic final remarks for the wife and children because cheating provokes conflicts in the family. What is more, it creates an atmosphere of unfaithfulness.

Vokes conflicts in the family. What is more, it creates an atmosphere of unfaithfulness.

Women love a man who is outgoing and communicative. On the other hand, these men tend to cheat much more often. Especially after a ten-year family life, they want something new because their wife is not as energetic and beautiful as she was. Men like to play in the fire; this instinct is in their minds, blood, and bones.

American and European cultures have a social model of masculine behavior called ‘machismo.’ This means that the cultural frames make a young man behave as macho. Men are supposed to be strong to be able to defend their families. But strongmen are sometimes not family defenders but egocentric guys who want to demonstrate their unique muscles and bright personality to achieve a social goal. Women could be featured just like a goal, a target, and not a family partner. If a man accepts these rules and behaves as macho, then he could have all social and sexual benefits. You know that these days sex does not belong to something sacred in society and it is not an in-family asset.

Men who are ‘macho’ could have sex, power, and money; they can play the role of celebrities. All this concludes that such a simple psychological problem as men cheating has deep roots in cultural matrices. Men are the victims of the media, and media dictate that you always need to be cool and independent. This means that cheating is one of the possible ways to be a “bad boy” who benefits from “free” ladies.

Anyway, tracing the problem’s roots could be much easier sometimes. Men cheat because they want to have their life like a permanent fiesta. They want to have a festive atmosphere of burlesque. It happens very often when a wife works hard and cannot create this atmosphere of lovely happiness. She can also come home in the evening and want to have a peaceful time with her darling. This psychological disconnection may provoke family conflicts and men’s cheating. But men should consider that family life is based on mutual understanding, or it is not reasonable to have a family life. So if one part of the family experiences any difficulty, then the second partner needs to provide a kind of emotional support.

Why married men cheat and lie?

Answers can be significantly different. Some men do not understand and share family values. It is also possible that these men experienced something negative when they were young. Maybe their parents were divorced, and their father cheated. In this case, family happiness is based on the wife’s psychological masterpiece. She must explain the family rules without pressure and’ dictatorship.’ Men cheating is connected with the level of the wife’s cleverness and her ability to stop the cheating instinct. Family is based on the mutual understanding of a couple in love. And for people who love cheating is very harmful. Only sincere relations and family tolerance can avoid men cheating.